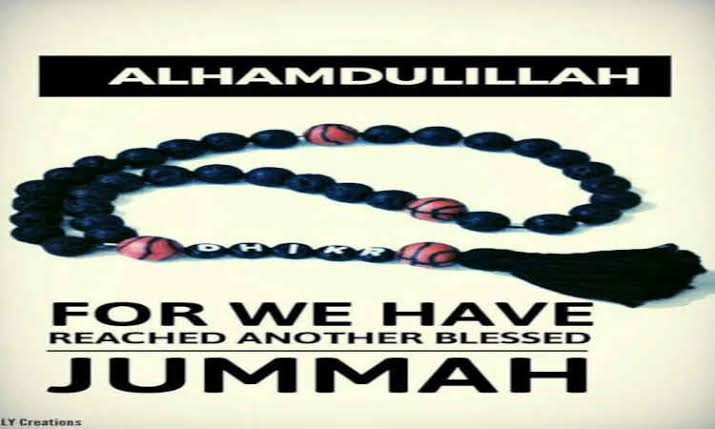 I am in love with the letter “M” because of a man called Muhammad {SAW} whose grandfather’s name is Mutalib born in the city of Makkah while he performed Hijrah (Migration) to Madinah as well as Hajj (pilgrimage) to Makkah and Madinah as he also journeyed through Minna and Muzdalifah, furthermore, he performed Mi’raaj (Ascension […]

Turkey is prepared to send troops into Libya should the war-ravaged north African nation’s besieged government in Tripoli ask for Ankara’s aid, President Recep Tayyip Erdoğan warned Tuesday. The threat of intervention came as the Libyan capital, a metropolitan area comprising some two million inhabitants, appeared to be on the brink of an all-out battle […]

[3:96] The most important shrine established for the people is the one in Becca; a blessed beacon for all the people. إِنَّ أَوَّلَ بَيْتٍ وُضِعَ لِلنَّاسِ لَلَّذِي بِبَكَّةَ مُبَارَكًا وَهُدًى لِلْعَالَمِينَ The root fo the word بِبَكَّةَ used in 3:96 of the Quran is ب ك ك which has the following meanings: crowding together of […]

via Why do some people think Bakka means weeping? — QuranStudy19

For the past year and a half I’ve been trying to improve my Spanish. Because of my schedule and having most social interactions in English, I’ve largely employed self-study methods. Here are some of the tools that I’ve found most helpful! (Note: I’m learning Spanish but I think these apply no matter what language you’re […]

Islam is the religion of peace so the ruling of war is issued in an inevitable conditions. One should keep in mind that the war is the last option to save the life of the people and preventing the oppressor from oppressing. There was very prominent saying among Arabs – “Help your brother whether he is an oppressor or he is an oppressed one.” It is reported by Anas (R.A) that our beloved Prophet Muhammad (pbuh) repeated the same. So the companions questioned, “O Allah’s Messenger! It is all right to help him if he is oppressed, but how should we help him if he is an oppressor?” The Prophet said, “By preventing him from oppressing others.”

Prophet pbuh and His companion migrated to Madina, after facing the thirteen years of persecution in Makkah then Allah gave the permission to fight as the city of Madina was going to become…

Dying on the Day of Juma’

‘There is no Muslim who dies on the Day of Juma or the night before Juma’ except that Allaah protects him from the Fitnah of the grave.

[Collected by Ahmad & Albaani said the hadeeth with all its narrations is Hasan or Saheeh. Ahkam al-Janaiz P.35]

Readings not only develops our mind and soul but it also broadens our perception, expand human intellectual horizons too. And even open the new window of knowledge so that we can cultivate our mind with great thoughts which provides new dimension to our ideas. We can gain the wisdom through reading as wisdom is hidden in our sub conciousness reading is the key to open its doors. While reading one always has to be very selective as book has the power that it can take his reader to anywhere like we see in the Internet all site are not good same with the book.

The greatest enemy of knowledge is not ignorance, it is the illusion of knowledge. Reading provides additional words so we can express our view in a broad spectrum.We also lack the knowledge of words that express feelings we strongly possess and want to reveal. Simetimes it…

The moon will be full on Wednesday, March 20, in the sign of Libra at 8:43 pm CST. During a full moon the sun and moon are exactly opposite one another by sign and degree causing a sense of tension. This tension, coupled with the full moon’s ability to illuminate what’s been hidden, will often bring a situation to completion. It’s during a full moon when everything, including parts of ourselves we don’t like, comes out into the open.

This day is also the astrological New Year known as the Spring Equinox; winter is officially over as the sun moves into the fiery sign of Aries. Aries is the first sign of the zodiac and is linked with new growth and new beginnings. As we say good-bye to winter, we’re also letting go of the past. The Spring Equinox…

As an adult, Prophet Muhammad pbuh worked as a seller between the cities of Mecca and Damascus, and earned a great character in the practice. He gained a reputation for reliability and honesty. A wealthy business woman Khadijah RA saw his performance in the business, and the returns he had produced honestly, she put Muhammad in charge of her big business.

Although she had many proposals of marriage from various famous and wealthy businessmen of the Quraysh, Khadijah RA declined them all, and finally made her married proposed to the Prophet Muhammad pbuh. Prophet Muhammad pbuh got accepted the proposal from KhadijahRA, a forty-year-old widow and consented to the marriage, which by all accounts was a happy one.

• Pre-hijra (emigration) in Mecca, a city in northern Arabia, from the…

“The Messenger of Allah said to us: ‘Whoever among you can afford it, let him get married, and whoever cannot then he should fast, for it will be a restraint for him.” (Sunan an-Nasa’i)

Islam encompasses all aspects of life which is the complete way of life. Marriage (Nikah) is very important Sunnah of the Prophet pbuh.There are several passages and verses in the Holy Qur’an regarding marriage and family that encourage the believer to be married, if possible. The Prophet Muhammad pbuh has even said that when a Muslim marries, he has fulfilled half of the religious devotion and duties and then he should take care of other half by being God-minded and aware of his obligations.

Marraige is considered a religious duty in Islam and is enjoined upon all believers who can afford it. It provides a moral safeguard and legal means to develop relationship with the opposite…

In the initial stage of re-establishing islam in a tribal and polytheistic society where human life was not secured and the law was “the strong dominated the weak”. As there were no proper ruling and system existed. In such scenario, the Quran made this question as its only subject without moving on to discuss any subsidiary topics concerning human-life. The Quran addresses to all those who Worship idols, Sabaeans or Star worshippers and even those who corrupted the original message and rules of God and…

This is a text widget. The Text Widget allows you to add text or HTML to your sidebar. You can use a text widget to display text, links, images, HTML, or a combination of these. Edit them in the Widget section of the Customizer.